Rock Your I-9 Audit 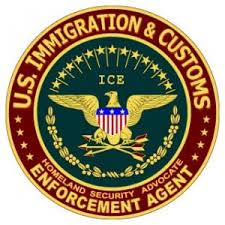 Recently, the Peninsula chapter of SHRM  hosted Dave Basham, from the Immigration and Citizenship Services (ICE). During his engaging presentation (who thought I-9 could be engaging, right?), Dave shared a number of useful reminders and highlighted the main sources of citations for employers during I-9 audits.

Employers must complete Form I-9 for all newly hired employees to verify their identity and authorization to work in the U.S. Most federal contractors are required to complete the process using E-verify an online database.

Scenario: You are doing an internal review of your I-9 forms. You realize that there is no I-9 for Jennifer who was hired 2 years ago. That’s OK. Get Jennifer to complete one now but DON’T ask her to backdate the form to her hire date. Use the actual date of the signing.

Recommendation: Document the fact that the omission was found during an internal review which explains the discrepancy in dates. ICE auditors look more kindly on a correction that a falsification.

When making corrections, draw a single line through the incorrect information. Never blot out the information so the previously entered information is no longer visible. After every correction, initial and date either next to the correction or in the margin.

Employers can choose to keep copies of documentation submitted by employees but they don’t have to.

The key is nondiscrimination. Apply the same procedure for all employees, regardless of national origin or citizenship status. Otherwise it created an EEO violation.

HOWEVER, if you are a federal contractor who has to participate in E-Verify – or voluntary choose to do so- certain documents have to be photocopied (U.S. passport, Permanent Resident Card and the Employment Authorization) and the photocopies would have to be retained with the I-9 form.

ICE does not require I-9 forms to be filed separately from Personnel files.

This might be news to a number of fellow HR professionals and administrative employees dutifully filing I-9 forms in a separate folder.

However, keep separating I-9s from personnel files for at least two reasons:

I-9 and supporting documents can be filed electronically.

As you are moving your personnel file from paper to digital format, the same can be done for I-9 documentation.

Should you ask the employee to present additional documentation? The government does not mince words stating that employers should not request additional documentation from an employee solely because photocopies of documents are unclear or don’t appear genuine. Instead, the employer should only investigate such issues based on the totality of the circumstances, which should involve more than a faded photocopy.

Keep using the current I-9 Form although it has “expired”

ICE is aware that the current I-9 Form expired at the end of March 2016. However, the new form is not ready for prime time. Dave Basham didn’t venture to give attendees at the meeting of Peninsula chapter of SHRM a possible date for the release of the new I-9 Form. So stay tuned!

As most federal agencies, ICE has a customer service section where you get answers to your I-9 and E-verify questions for free. Best of all, you get to speak directly to immigration experts and remain anonymous, if you choose to do so.

Schedule time to audit your I-9 forms and do some I-9 housekeeping. Summertime might be the perfect time. If not, put a note on your calendar to get it during your slow season!