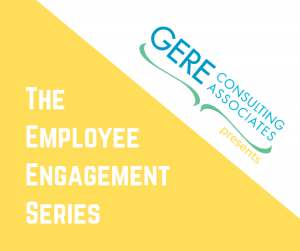 As a young manager in a warehouse in England, I dealt with a number of disciplinary problems with my guys (yes, there were all men!). The one I remember best started as a seemingly easy problem to solve: Keith worked the early shift and was repeatedly late. Despite my best effort at counseling him regarding performance improvement, and suggestions to help him get up in the morning, Keith couldn’t show up on time consistently. Finally, I decided to use formal discipline. I gave Keith a written warning.

Every manager has to deal with employee problems from the trivial to the very serious. How performance problems are managed determines whether the employee gets back on the right path of performance and engagement.

Most supervisors will either bemoan the poor performance or simply ignore it, hoping the issue fixes itself or that the employee sees the writing on the wall and quits of their own accord.

When that approach doesn’t work, managers often then contact HR to put the employee on a performance improvement plan (PIP) or begin the termination process. Sadly, too many PIPs are thinly disguised first step toward firing an employee.

Performance problems don’t resolve themselves and employees don’t generally underperform on purpose. After all, when given the chance, who would choose to fail instead of to succeed? A mindset shift from punishment to setting expectations changes the nature of performance conversations and can turn performance around. This mindset combined with the courage to address performance issues improves the manager-employee relationship, trust, and overall performance.

Underperforming employees may face obstacles preventing them from doing so. It’s the manager’s responsibility to initiate the conversation to make the employee aware of the issue, identify what exactly is getting in the way of success, and help fix the problems.

The Sources of Poor Performance and How to Make Improvements

No manager wants to have an awkward conversation with an underperforming employee. However, the key to addressing the issue is to address it early, before it becomes a big, ugly “monster.”

By performing a simple diagnostic, managers can determine whether an employee is underperforming because of:

1. Are expectations and goals unclear?
Gallup reveals only about half of all workers know what’s expected of them at work. Even motivated, engaged employees can’t deliver the results you’re looking for if they’re working on the wrong things.

Ask your employee to write down what they understand to be the most important objectives. If they struggle or don’t know, that’s a red flag that they lack clarity.

2. Do employees know they are under-performing?

Employees want feedback, especially when it’s not just an aphorism for a “dressing down.” Good feedback is a regular exercise highlighting good work, challenges, and sometimes deficiencies.

Ask the employee how they think they are performing and what indicators they use to measure their performance. If they miss the mark, that’s an indication of the need for more feedback and better measures to self-assess.

3. Is the employee missing skills, knowledge, or competencies?

If the employee makes repeated efforts to improve but just isn’t meeting expectations, it might be that they simply don’t have the skillset or the experience to perform as expected. This happens when an employee gets put into a new role or has new responsibilities added to their existing position.

Observe the employee’s performance more closely to identify whether there are gaps in ability. Those gaps can be remedied through peer coaching, specific learning opportunities or on-the-job coaching.

4. Are there insufficient resources or is the employee in the wrong role?

Despite their best efforts, an employee’s performance continues to be unsatisfactory. Perhaps the role just isn’t a fit. You owe it to these employees to help them find their next opportunity or manage a graceful way out of the organization.

Have a candid (and sometimes difficult) conversation with the underperforming employee. Work with the employee to find a role that is a better fit for them — be it inside or outside the organization.

5. Has the employee mentally checked out?

If none of the four common causes of underperformance above seem to be at the root of an employee’s performance issues, chances are the employee isn’t interested in doing the work. The employee just doesn’t seem to care about improving performance. It’s often the result of disengagement, boredom with the position, or resentment. It’s a rare cause of underperformance. The best way to diagnose it is through a frank, honest conversation.

Make it clear that the employee needs to significantly improve their performance, or they won’t keep their job. The conversation will either be a wake-up call and the employee will start performing to expectations — or it will be the nudge they need to move on.

Have the employee write up a specific plan for how they will either get back on track. Performance conversations work best when they are direct but not confrontational.

By identifying the root cause of performance problems, managers can work with the employee to take appropriate actions to address the issues.

Managers have the power to help underperforming employees reach their full potential and drive better business outcomes by changing their own mindset and behavior. When people are clear on what’s expected of them — and are given the resources and opportunities to meet those expectations — they will usually perform their best work.

By asking the five questions, managers can determine what’s at the heart of an employee’s underperformance so they can take the right steps to boost engagement, productivity, and performance.

In the case of Keith, the written warning was his literal wake-up call (pun intended 😊). He wasn’t late for work and even thanked me for making him realize how close to losing his job he was, a performance improvement win.